Thank you for visiting this site as it is being developed. Stay tuned for lots more!

Many people have said to me that cancer was the best thing that ever happened to them.

Now I don’t know that I would go that far,

but it definitely has made a huge impact on my life and the lives of my family and friends.

And much of this impact has been life changing in a very good way!

Specifically, it was my cancer journey that opened our eyes to the tremendous disease healing benefits of a whole foods, plant based diet.

Or as we prefer to call it the Whole Foods, Plant-Based Lifestyle!

In August of 2016 I went for a routine mammogram, and even though I hadn’t had one for a long time, I wasn’t at all concerned.  Later that day, when I had gotten back home, I received a call asking me to come back in a few days for a follow-up ultra sound.  I still wasn’t worried, but before the technician was finished I knew by his demeanor that something was wrong.

Of course they can’t tell you anything.  They did have a doctor come in who couldn’t tell me anything either, but he did say they wanted to do a biopsy.  So I went back for that.  Interestingly, this whole  ‘nobody being able to tell me anything’ went on for 3 entire weeks before I was finally given the diagnosis of stage 2 Breast Cancer that had spread to my lymph nodes.

And how could this be?  I was never going to have cancer.  Not me.

But there it was.

That afternoon when I got home I sat on my couch and did what I’ve done most of my life.  I prayed.  I admitted to God that I knew I could not get through this without Him.  I wanted to be strong and brave for my family, but I knew I could not do it without His help.  So I surrendered the whole situation to Him, asking for His guidance and strength along the way.  Immediately I was wrapped in a blanket of peace, unlike I ever remember before.  I knew I might have to repeat this surrendering to Him again.

Or maybe several times a day,

But for now I knew He had heard my prayer.

And so began the journey.  Now somewhat a blur of emotions and tears and hugs and well wishes and numbness.  But as I tried to keep moving along, in just a few days I stumbled upon a book in a thrift store.  The book was called the Hallelujah Diet, and even though I was skeptical, there was a chapter in it telling the stories of the author and three other people who were healed of stage 3 and stage 4 cancers when they fully embraced a plant-based diet and lifestyle.  I couldn’t really get that out of my mind.

A few days later I happened on a website called chrisbeatcancer.com by Chris Wark who for the last 15 years has been cancer free after being given a colon cancer death sentence as a 26 year old.  Back when there were precious few available resources out there, Chris also happened on the Hallelujah Diet, and he opted for the plant based lifestyle.  He tells how he immersed himself in the healthy diet and exercise and reversed the cancer in his body

Chris’ website is filled with survivor stories and interviews with doctors and tons of scientific research supporting eliminating processed foods, avoiding meat, dairy and eggs, and eating fruits, vegetables, grains, legumes, potatoes, corn, rice, and getting oils from whole foods such as avocados.

So for me, the search was on, and I adopted the plant based eating that very day, and have never looked back.  I told my husband what I was going to do and he immediately said, ‘I’ll do it with you.’  Now understand, the two of us at 65 and 66 years old had eaten meat and dairy probably every day of our lives up until this point.

At first I thought, ‘It’s going to be hard enough to feed myself, how am I going to feed him too?’ But he insisted, and so we launched into the most life-changing journey of our lives.  I’ll tell you more about the process later, and about so many positive health changes we have seen, but for now I must say, we have stayed the course for over three years now, and we have absolutely no intention of every going back.  We feel great, we eat delicious food, we no longer have to worry about our weight, we can eat as much as we want, we have easy complete elimination every day, and rarely a day goes by, that my husband doesn’t thank me for introducing us to this lifestyle.

As it turned out, I opted, with my surgeon’s blessing, to not have surgery until three and a half months after my diagnosis. That meant that I was eating healthy cancer fighting foods, and not eating the cancer feeding foods for over three months before my surgery. I was feeling great and I believe my immune system was shored up to give me the best possible chance to heal and recover. As I went on to have lots of radiation, again I was not sick while many others around me undergoing the same treatment were weak and suffering. I am so grateful for the doctors and scientists and survivors who are sharing the information you will find in this blog.

There is so much wonderful information out there to help you should you decide to adopt the amazing plant based lifestyle for yourselves. And while there is more to healing and thriving than just food, there are lots of great websites, and books, and speakers, and products to be found, but it can be overwhelming to pull it all together.  This is where I think I can help.

So that is what this blog is

to simplify what may seem like a daunting task.

It’s really not such a daunting task and I am here to help us sort it out together.

Join me on this exciting life-giving adventure. We will take it day by day, discussing the many ups and downs of having a shocking diagnosis, yet being able to thrive along the way. 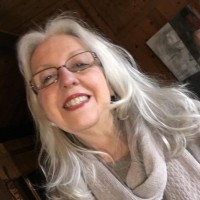 Hello. I am so happy to share this resource blog with you! I am an artist, a teacher, a writer, a wife, a mother and a grandmother to four adorable grandbabies. But most important to YOU is that I am a cancer survivor and thriver who believes with all my heart that the things we do physically, mentally, emotionally and spiritually on a daily basis are what gives each of us the best possible chance to survive and thrive on this cancer journey.

By subscribing to our newsletter, you consent to receive new post updates and occasional promotional emails related to our company.

Hello! I am so glad you have found my resource blog! I am a cancer survivor and thriver who believes with all my heart and experience that there is so much we can do to give ourselves the best possible chance to survive and thrive! This blog is to share ongoing tips and resources for you to navigate your own healthy journey. Check out About You and Me, After the Shock of the Diagnosis, and My Cancer Story to learn more. Read More…

Hello. I am so happy to share this resource blog with you! I am an artist, a teacher, a writer, a wife, a mother and a grandmother to four adorable grandbabies. But most important to YOU is that I am a cancer survivor and thriver who believes with all my heart that the things we do physically, mentally, emotionally and spiritually on a daily basis are what gives each of us the best possible chance to survive and thrive on this cancer journey.

Unexpected Quarantine Who would have ever guessed that the whole world would be where we are today? My nephew lives in the jungles of Papua New Guinea and even there they are in stay-at-home lockdown. Sometimes when I wake up in the mornings I have to shake myself awake and remind myself of where we … END_OF_DOCUMENT_TOKEN_TO_BE_REPLACED

Are you or someone you know facing an unexpected diagnosis? Join me on this site to explore the many resources to give yourself the best possible chance to survive and thrive!